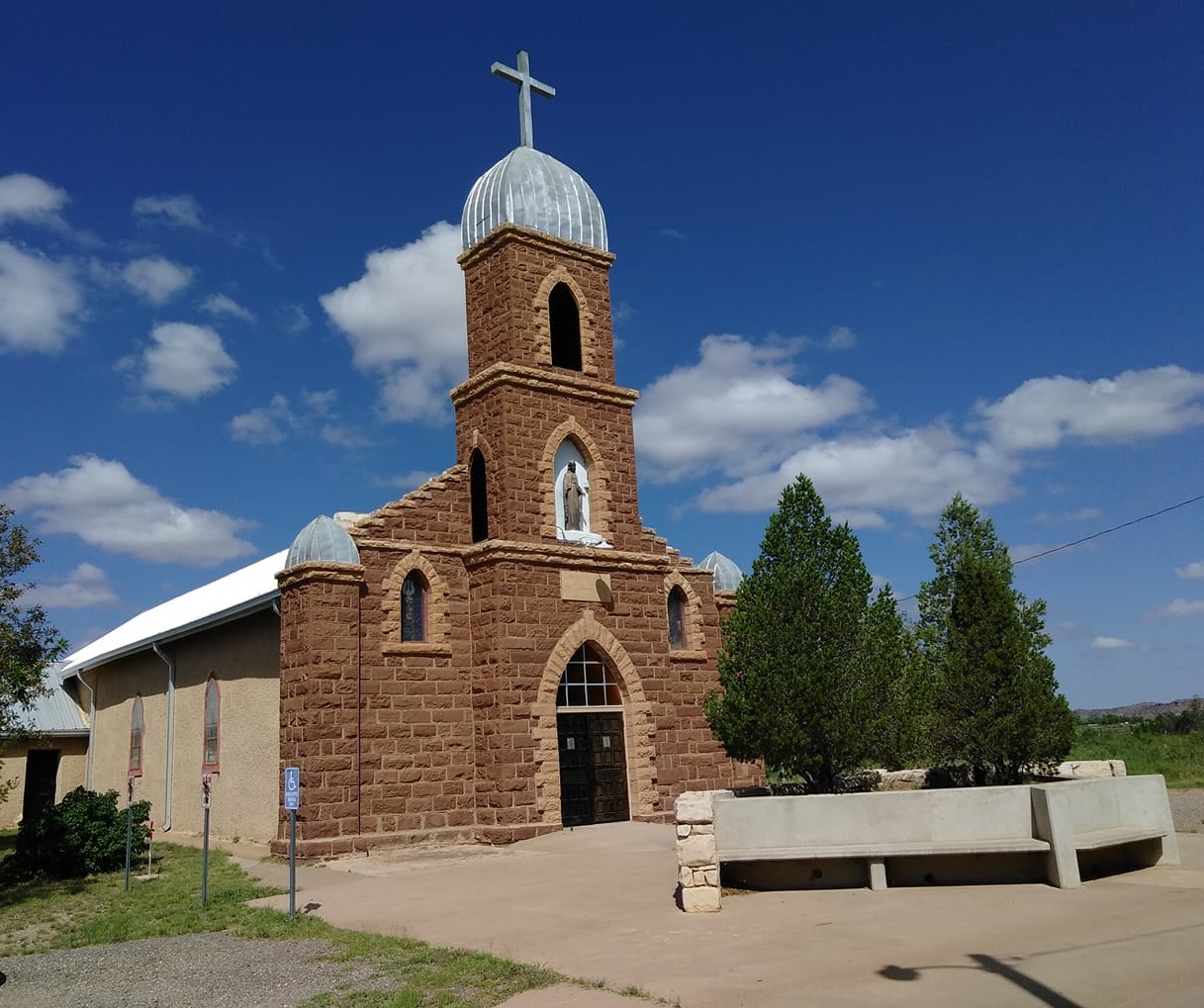 Puerto de Luna is a community along the Pecos River with a storied past and a must-visit destination when traveling in Santa Rosa. Located just a short drive away, it was the former county seat before it relocated to Santa Rosa. Today, the small town is a great place for sightseeing and retracing the region’s history.

The name Puerto de Luna translates to “Gateway of the Moon.” – it derives its name from one of the first European settlers who supposedly camped at the location during explorations of the West. Francisco Vasquez de Coronado, a Spanish Explorer, documented his view of a full moon one night over the hilltops. Other suggestions of the name come from the prominent Luna family, who lived at the Puerto River’s mouth.

After exploration, it wasn’t until around 1848 when the area was first settled by a group of families who began to develop a livable community. Over the next couple of decades, various structures were built, including a post office, stores, and a courthouse, established on donated land.

Puerto de Luna became the Guadalupe County seat in 1891 and grew to a size of approximately 14 square miles. Shortly after, however, the town lost its prominence because of railroad construction. The El Paso and Northeastern Railroad passed through the nearby Santa Rosa, driving most of the region’s traffic to the growing community. The county seat relocated to Santa Rosa, and Puerto de Luna experienced a significant decline.

Puerto de Luna isn’t a true ghost town but only maintains fewer than 200 people. Its history attracts a lot of visitors to explore the once-thriving community. There are a few notable structures to see during a visit to the town, including:

One of the most noticeable features of the town is the classic adobe architecture widely visible in the remaining structures.

The Guadalupe County Courthouse is the highlight attraction of Puerto de Luna, the site of the county seat, and the Guadalupe county jail, which was used from 1891 to 1903. The courthouse is in ruins with no roof, but the exterior’s red bricks still give a view of its original structure.

Other buildings, such as an old gas station and abandoned houses, provide context to where locals used to live, and the architecture designed for the buildings.

Puerto de Luna is a place with a lot of history, suggested as the place where the infamous Billy the Kid ate his last meal en route to trial in Las Vegas. The town’s beauty is also depicted in various novels by local authors.

Getting to Puerto de Luna

There are a few ways to get to Puerto de Luna. It’s about 9.5-miles south of Santa Rosa, accessible by driving along the New Mexico State Road 91. Several tours take visitors to see the town ruins. One of the most prominent trips is traveling the Mesalands Scenic Byway, where it’s a popular stop along the route.