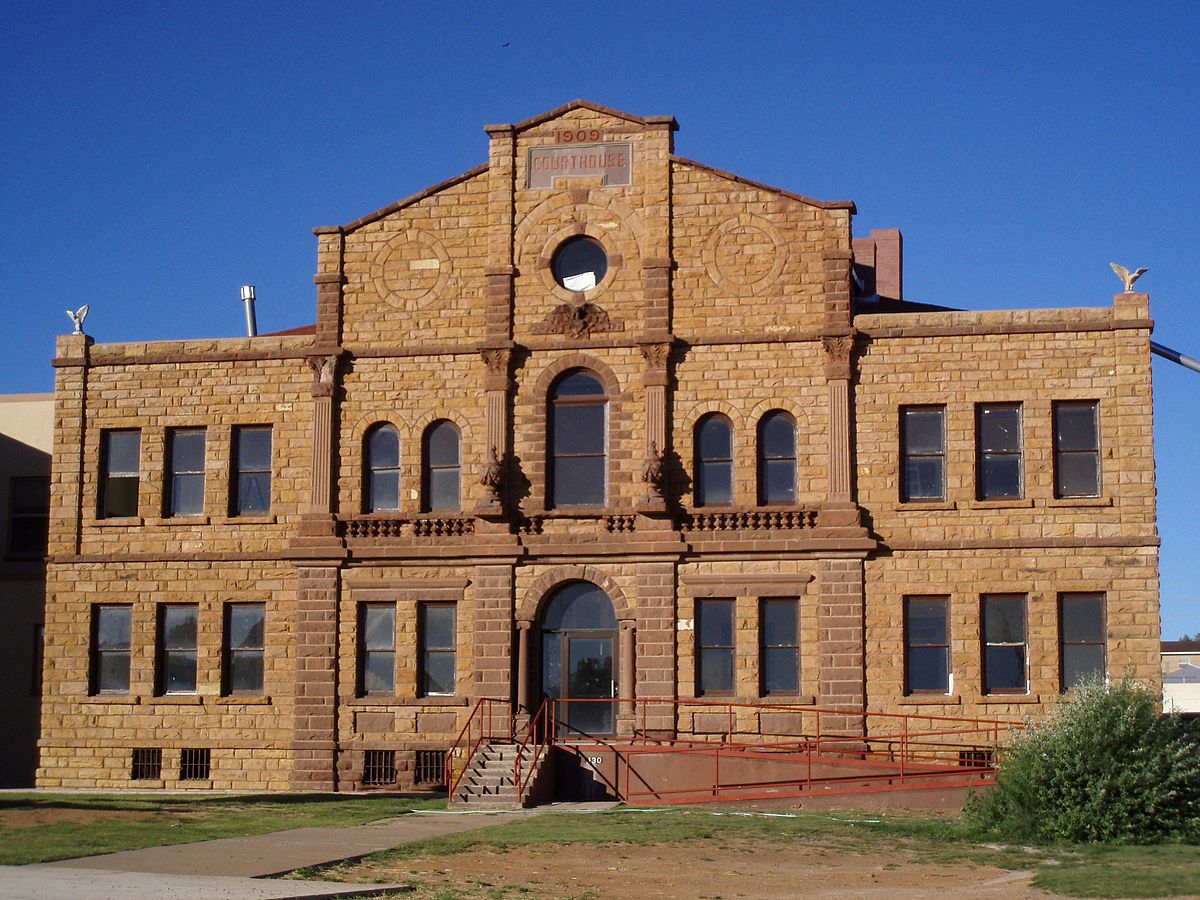 The Historic Guadalupe County Courthouse is one of the most significant architectural works in Santa Rosa reminiscent of the past. It was built as the first courthouse in the town after the county seat relocated to Santa Rosa.

Historic Guadalupe County Courthouse, or the Santa Rosa Courthouse, was built in 1909. It’s located within the Shelbyville Court Square, on the corner of Parker Ave. and S. Fourth St. The square also features a later-built courthouse and jail.

The courthouse is most famous for its architecture. It was designed by Frank Ogden and John C. Hill, who used a Richardson Romanesque-style architecture. The style is used in other regional courthouses from the era.

The two-story building is built from locally sourced red sandstone. The roof initially featured carved sandstone eagles on each corner, but only one remains due to deterioration. A panel on the façade is inscribed with the word COURTHOUSE. The original courtroom was located on the second floor of the building.

The design and use of the building gave it a high status in the community. It’s one of the most recognized buildings in Santa Rosa, which is why so many tourists stop by to check out the structure.

The courthouse was included in the list of National Register of Historic Places in 1987, solidifying its importance to New Mexico. Its inclusion on the list is for its architecture, being an excellent representation of the Richardson Romanesque style.

The Historic Guadalupe County Courthouse was used until 1924 when another courthouse was built to replace it. The beautifully-constructed historic courthouse remained a local landmark, although it suffered lots of deterioration over the years.

The exterior and interior show significant signs of deterioration of the building details. The inside of the building was remodeled slightly from its original appearance, such as removing a large dome over the courtroom. It was expanded in 1946 to create a building complex in support of repurposing the building.

The former courthouse was converted into a senior citizen center, and currently the Guadalupe County Youth Drop-In-Center. In addition to its current uses, it’s a popular stop touring Santa Rosa to admire the architecture.

The original exterior of the building remains and is a popular photography location for visitors. Although deteriorating, the red sandstone structure still showcases the best features of the historic architectural design. The building additions are only on one side of the former courthouse, so you can still get a nice view of the front façade and the side to see its scale. 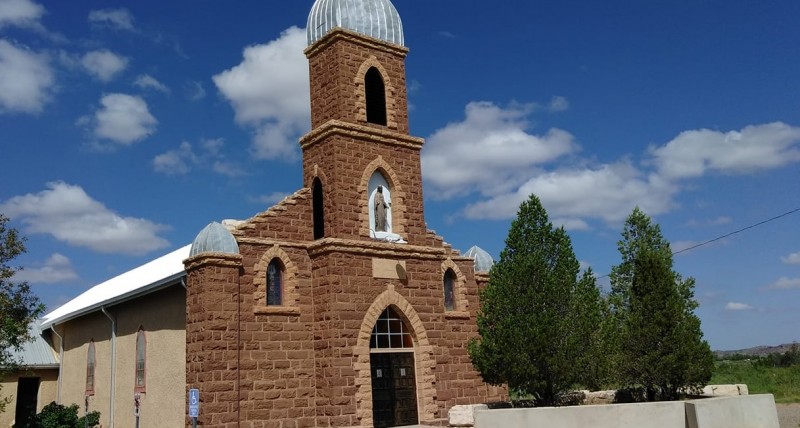