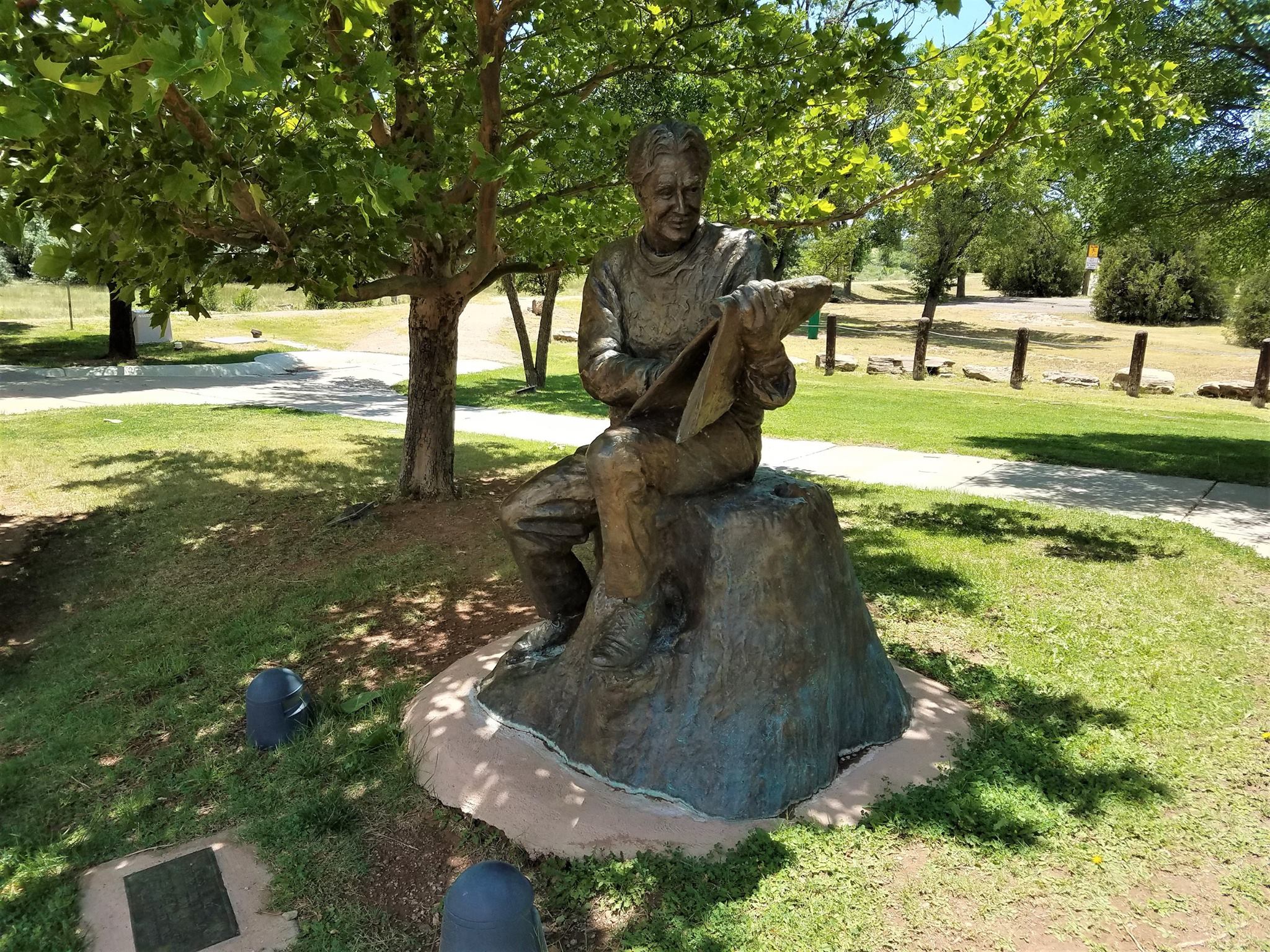 When visiting Park Lake, you won’t want to miss one of the best public art displays in Santa Rosa. Bless Me Ultima Park comprises a section of Park Lake at the corner of the Historic Route 66 and Lake Drive. It’s a landscape park dedicated to Rudolfo Anaya and his most famous novel, Bless Me Ultima. The author is a notable public figure who spent his childhood in Santa Rosa and included the town as the primary setting in the book.

About Bless Me Ultima

Bless Me Ultima was first published in 1972, written by Rudolfo Anaya – it’s his most successful novel and garnered lots of international attention and awards. The novel’s success led it to be adapted into a film.

The novel is loosely based on Anaya’s life, a coming-to-age story about a young boy who gets introduced to the magic and the spiritual realm by a mysterious healer, Ultima. The book setting is in the 1940s in Santa Rosa. It received a lot of critical acclaims, as well as some controversy over some of the novel’s themes.

Bless Me Ultima Park was dedicated in 2008 to the author and the namesake novel for its local appreciation. It accurately depicts Santa Rosa in the era while providing a spotlight on the city, thanks to the author’s success. The park is the result of a public art program.

The park has many exciting details reflecting themes of the novel while showcasing Santa Rosa’s beauty. The park’s main feature is the life-sized statue of Rudolfo Anaya, designed and sculpted by Reynaldo Rivera. The Rudolfo Anaya sculpture is a detailed representation of the author. The statue sits atop a tree stump as Anaya writes his novel on a notepad.

Visitors can even see a handwritten text from the novel carved into the sculpture notepad. A bronze plaque rests at the foot of the sculpture with information about it – it was created in 2007. In addition to the sculpture, other features of the park also reflect aspects of the novel.

A brick wall is designed with a bas relief showcasing a detailed depiction of scenes from the story. It serves as a picture map of Santa Rosa with features including the llano, the Pecos River, Route 66, and farmers. Next to the bas relief is a plaque describing the image. It reads:

“Reynaldo ‘Sonny’ Rivera’s monumental bas relief captures the spirit of Bless Me Ultima and the history of Santa Rosa. Ultima blesses Antonio before he goes fishing. A truck chugs down historic Route 66, Now I-40. On the llano, an old sheepherder cares for his flock as antelopes graze nearby. Ranchers and farmers, the original settlers work the land. The railroad symbolizes a new era of commerce. From the hills flows the Pecos River, and in the water swims the magical golden carp.”

A stone pond in front of the wall includes a small fountain and a golden carp image set in the tile. A paved circular walkway surrounds the pond with bronze “sheets” artistically placed as handwritten pages from the novel.

Fans of the novel will have a great time picking out all of the features representatives of the novel. It’s a tranquil place for relaxation and enjoying the outdoor environment. It has a bench for sitting or take a leisure stroll around the pond.